Are you Ready to take your menu boards to the next level? 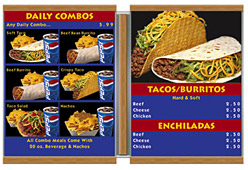 Ready to take your menu boards to the next level? By: Samantha Simon I recently went into a deli to grab some lunch and the menus were very eye catching... only not in the way I am sure that they had hoped. Some of the menu items were crossed off; some even had scraps of computer paper covering the ones that were no longer available. The prices? The items that actually had prices listed were crossed out or covered with paper to show the new price. I couldn’t believe how hard to read their menus were. I wanted to suggest to them that they should look into updating their boards, but didn’t want to offend them. I decided to “accidentally” leave behind a brochure featuring our magnetic menu boards with strip and digit construction design option and see what happened from there. My point of the story is that in most cases, you aren’t always going to offer every menu item everyday, whether you simply change up your menu for variety or because certain products become no longer available, you want the flexibility to make changes without having to reorder and redesign an entirely new menu. Our strip and digit construction offers flexibility at a cost efficient price. Each item is on its own separate magnetic piece, which allows for easy removal if you no longer wish to offer it. The pricing is even easier to change, as each digit is separate. The boards come with an extra kit full of numbers, so that if you need to change a price at a moments notice, you can. If you want to remove the Cobb Salad because you didn’t get in your shipment of eggs, you can replace that line with a blank strip.

The Stainless Steel Series is the most popular option and is available in 8 sizes. The Wood Trim is essentially the about same size and style as the Stainless Steel, but with an added Wood Trim on the top and bottom of the menu boards. The Designer Series is the most cost efficient of the options and features edge to edge graphics on our black PVC composite boards. These sleek and sophisticated boards can be designed in virtually any size.

The Custom Series menu boards have endless possibilities; and options can be discussed with a sales rep or production specialist. We are always open to creating new products and designs. We’d love to hear your thoughts and suggestions!

Magnetic Menu Boards from TriadDisplays offer a variety of style and design options. Whether you choose to go with full graphic or a “strip and digit construction” you are sure to end up with a winning look!

We incorporate your logo, store colors and existing theme to create an eye-catching design for you. Don’t have any ideas or need help getting started? Our trusty team of designers will come up with a fresh new concept for your menus! 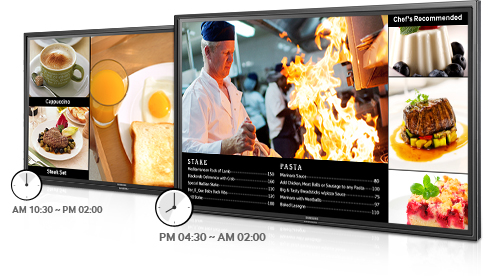 Hillsborough, NJ—Triad Displays®, a leading supplier of indoor, outdoor and digital menu boards, recently entered into a technology partnership with Samsung Electronics Company to offer its’ client base the Samsung Digital Sinage Solutions.

About Samsung Company
The Samsung Group is a South Korean based conglomerate company that includes a number of subsidiaries. Samsung’s primary focus is in the electronics, heavy industry, construction, and defense industries. Other major subsidiaries of Samsung include insurance, advertising, and entertainment industry businesses. Samsung is one of the largest businesses in Korea, producing nearly one fifth of the country’s total exports. Image from samsung.com 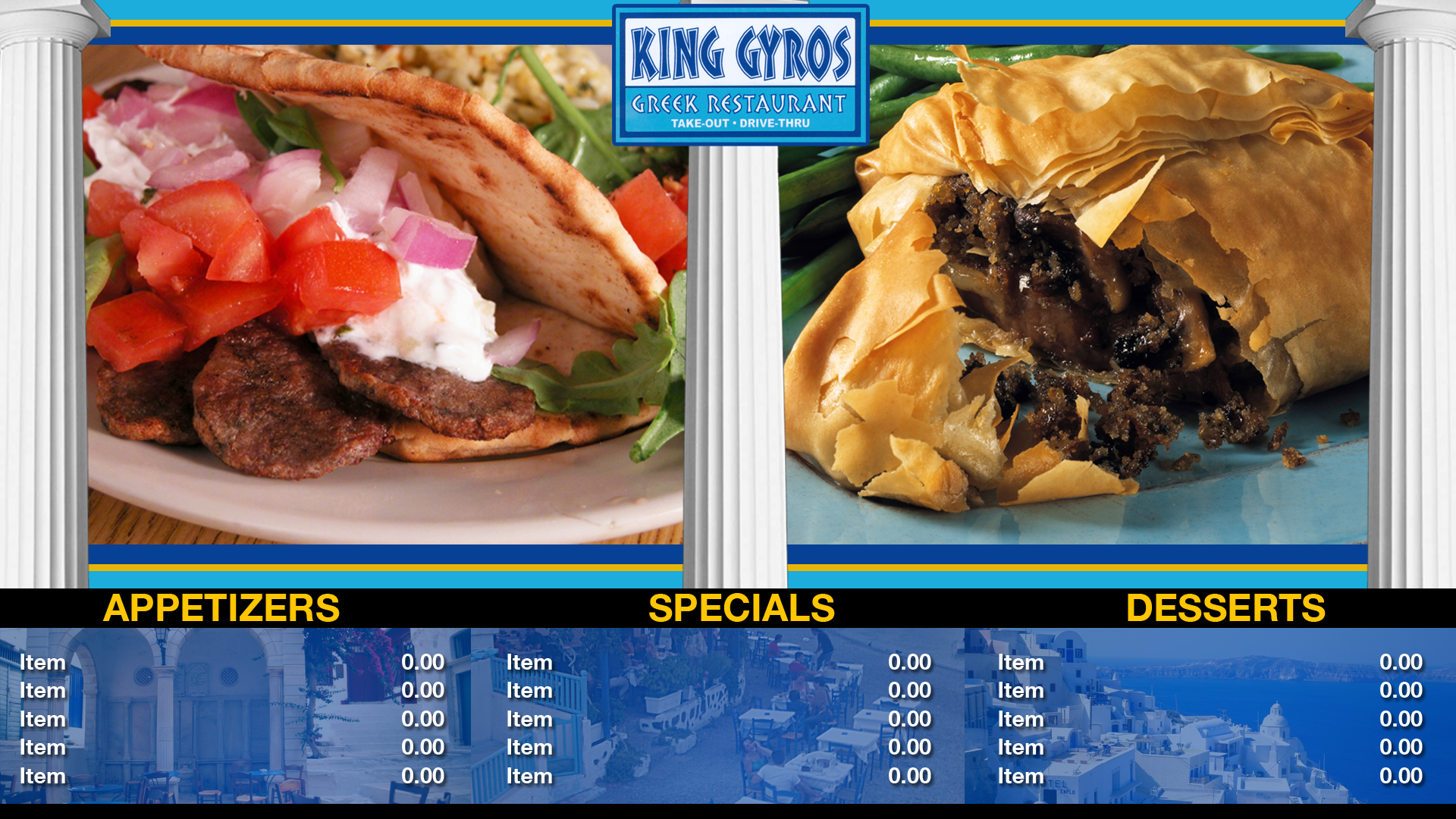 The future is almost here — whether your company is ready for it or not.

Business landscape is littered with the remains of companies that thought they were, but reality verified it different. What you need to do is make sure it is not going to be Your company

There are plenty of good Marcus Aurelius or Julius Caesar quotes about intelligence leading to victory in battle, but this one from former NBA player Michael Jordan is succinct and to the point: "Talent wins games, but teamwork and intelligence wins championships."

The key to surviving is to be ready for it by having intelligence about what's coming down the road. And while the future is by definition unknown and to a large extent unpredictable, there are ways we can gather intelligence on what the trends are building up in your niche

Only 11.4 percent of restaurants surveyed use digital signage for drive-thru digital menu boards (and that's up from only 7.7 percent last year).

Only 10 percent of this year’s retail respondents said they have already deployed digital signage .

Of the minority faction of educational institutions that don't already have digital signage, two-thirds (66.7 percent) said they planned to deploy it in the next few years.

Across all verticals, a fifth (20.8 percent) said they anticipated spending less than $5,000 on digital signage next year – but that means the rest and most (almost 80 percent) anticipate spending anywhere from more than $5,000 to "More than $1 million" in the next year."

My point is : The future of digital signage is bright 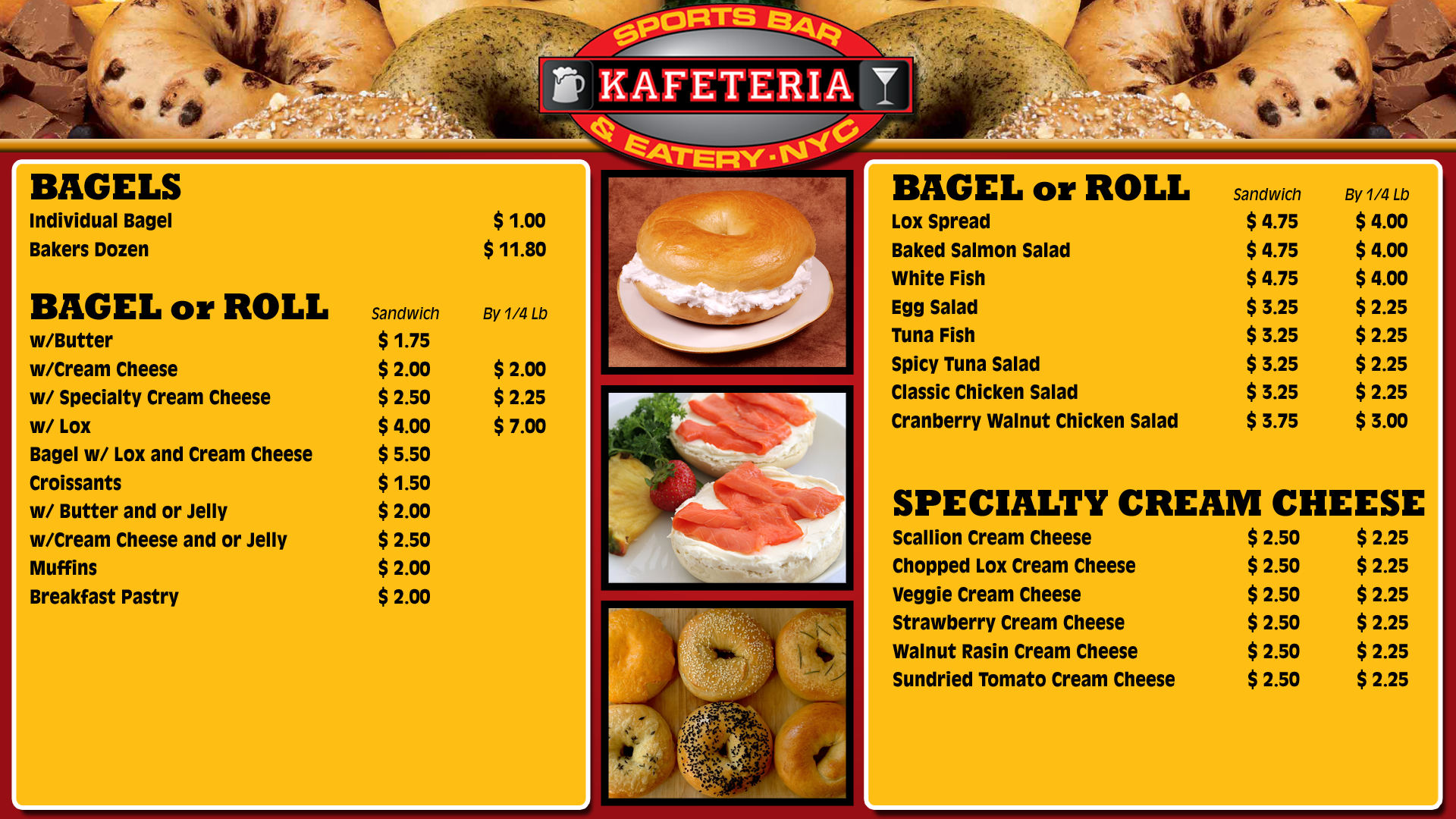